Yesterday, the The Stardock’s Lufwaffe forces made a sneak attack on the country of Route 66. After a few minutes of Kung-fu fighting, Route 66 was forced to bow to The Stardock’s superior shaolin style. But now that The Stardock owns the land occupied by Route 66, it leaves open for an easy future attack on TWlinks.com.In a nutshell, Route 66 decided to merge with The Stardock. Now you can only play their games on the The Stardock…. which also has it’s own games. Make sense? Didn’t think so. And here you thought my story about them merging with AOL-Time Warner was a joke. 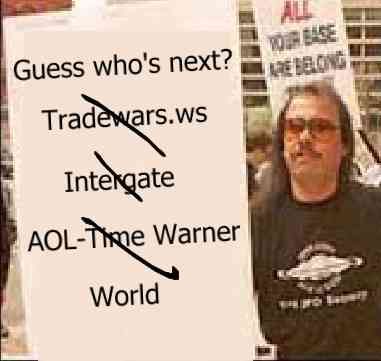