A Trip Down Memory Lane

With recent discussion of another possible TW convention, I decided to bring up an old gag I created a few years ago for TWCon2000 in Las Vegas. That year Mana Knight could not make it due to personal obligations even though he really wanted to go. So I took this group picture and inserted Mana Knight into it and this is the result, saying MK was cloaked the whole time and only recently did he have cloak failure, resulting in his appearance in the group pic. The gag had a lot of laughs. 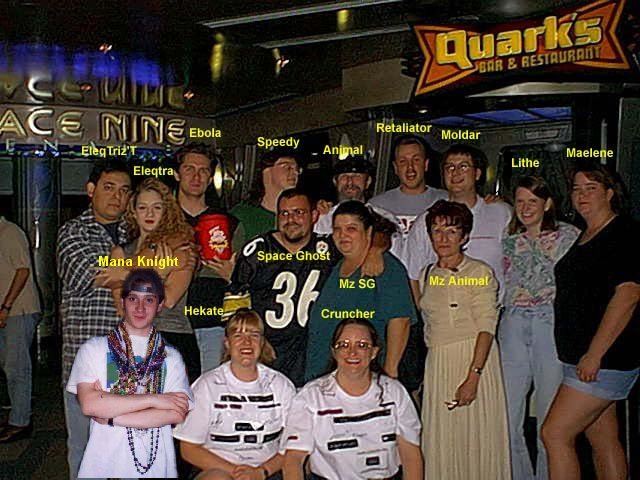